The first 303 “Pioneer Cooperators” began moving in on November 1, 1927. Amalgamated is now home to 1482 families in eleven buildings. The oldest building, Building 6, is one of the original buildings. The “newest” buildings are two Towers which were completed in 1968 and 1970, and replaced the original First Building.

Amalgamated has always provided community as well as housing. There has been an Education Department almost from inception. It is responsible for co-op education and community activities. Community News has been published regularly since 1929. There are activities for cooperators of all ages, from Playgroup and Nursery for toddlers through a NORC Program for seniors (NORC- Naturally Occurring Retirement Community.)

Mission: To provide quality housing and a strong community for people of moderate income. To operate and live in accordance with the cooperative ideals, including democratic governance, shared responsibility, constant education, and mutual respect. 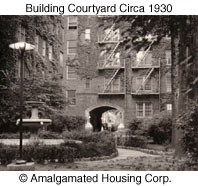 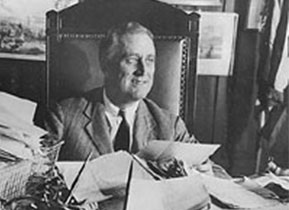 “ Amalgamated Cooperative Apartment House is a significant development in this comparatively new sphere. It signifies the economic soundness of the cooperative conception as well as the assured success of both these housing undertakings which were inspired by the splendid ideal of mutual good and reciprocal benefit.”

-Governor Franklin Delano Roosevelt in a letter to Herman Liebman, 1930